Laravel - The Best PHP Framework For a Reason

When we’re building a website for a company or a startup, we must make a decision regarding the technology we will use. A lot of considerations will take place, starting from the security, speed/performance, resources, scalability, and so on. And today, there is a huge number of web frameworks out there, so the question is, what framework meets your needs? Every framework will do the job, but I would always choose Laravel. Why? Stick around to find out. 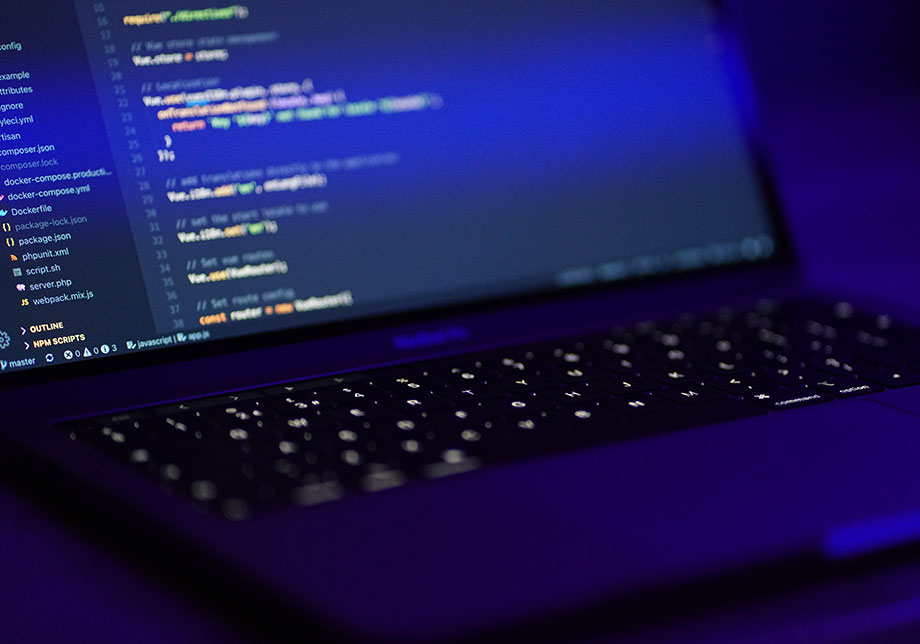 If you ask Wikipedia, you’ll get the most generic answer ever: “Laravel is a free, open-source PHP web framework, created by Taylor Otwell and intended for the development of web applications following the model-view-controller (MVC) architectural pattern.” But if you ask me, it is a technology that comes in handy when you try to think outside the box, simply because it makes the app development process so quick and easy. It has a quick and functional core that can be extended. It makes extending core services easy with its powerful service container, has clean and simple routing, and easy integration with third-party libraries than you can include with Composer. Laravel is also really helpful when it comes to testing too, since it was built with testing in mind. Out of the box, you can use PHPUnit to write Unit or Feature tests, easily set up your own testing environments and with just one command run tests individually or in parallel. And last but not least, Laravel possesses an active and growing community that can provide quick support and feedback (and there’s a chance you might already be a part of it too!).

You can pick from various sets of packages and install them so you can have, for instance, different ways of accessing relational databases, perform dependency injection, and much more. One of the packages that I have had a chance to work with and that made my life so much easier is Laravel Nova (which represents an administration panel that connects to your already existing Laravel application with out-of-the-box resource management based on your Eloquent models), Laravel Vapor (serverless deployment platform for Laravel), Laravel Sanctum (provides a lightweight authentication through personal access API tokens), Laravel Telescope (debug assistant for Laravel - probably the most adored tool among developers) and many others. For developers, Laravel represents, first and foremost, code brevity, which saves time and reduces the chance of mistakes. There are a lot of off-the-shelf solutions for e-commerce platform development, like Magento, WooCommerce, Shopify (I’m going to quietly mention WordPress here), etc. but if you find yourself in a need of a REST API backend for iOS or Android app, or perhaps a scalable web application with unique interface and functionality - then Laravel is your go-to solution.

The founder of Laravel also created the Lumen microframework. Lumen is a PHP-based, open-source microservice framework that is useful for designing Laravel Lumen APIs and fast operating microservices, which renders support to large and complex microframework Laravel applications. Microservices are small and coupled components that support and enhance the core application, so you might have a scenario where several Lumen apps provide support to Laravel applications. It is a “micro-framework”, and that’s why you can say that Lumen is a smaller, faster, and leaner version of the full stack web-app framework. Lumen gets its fundamentals from Laravel, and therefore, you will find many similarities between their components. Lumen is suitable for projects or components which want to leverage the convenience and power of Laravel, but also boost up the speed of their application, and for that, project decision makers are even ready to sacrifice some configuration and flexibility that comes with Laravel.

When you look at surveys made in 2020 which analyzed various aspects of PHP, you can see Laravel being the most popular PHP framework. There’s a large number of PHP frameworks equally good, but let’s compare and see what makes Laravel stand out.

Laravel, being one of the most popular open-source and MVC platforms, uses a joint data binding technique for offering high-end performance. Unlike Laravel, CakePHP framework is all set to offer faster and rapid performance in regard to tiny data sets. However, CakePHP isn’t preferred for bigger projects because it does not offer a data binding procedure. Data binding represents the process of connecting a display element (such as a user interface control) with the information that populates it. This connection provides a path for the information to travel between the source and the destination. Thanks to this procedure, the CakePHP is not favored much, which makes Laravel Performance testing an extremely important thing when speaking of Laravel development. Regarding the templating performance, Laravel provides a Blade template that has dynamic HTML features, unlike CakePHP that has Underscore template format and fewer features when compared to Laravel. In the case of rapid web development, enhancement perspective, and data backup and handling perspective, Laravel framework is a considerably better choice than CakePHP.

Despite some similarities connecting these two frameworks, I’m definitely able to point out the differences too. Symfony might be named a conventional PHP language since it consists of unique and one-of-a-kind elements which make it outstanding, however, Laravel relies more on magic methods and traits. This makes Laravel’s code shorter and the whole framework easier to understand. Symfony is designed for more complex or a bit larger-scale projects containing huge features and used by a significant number of clients. On the other hand, Symfony relies on other technologies due to a lack of original elements, and because of the need to prebuild the code for multiple uses, it requires more time for testing, and, as a result, has a slower development process. The default templating engine in Laravel is Blade, which is allowing you code reusability that you won’t get with Twig, the default templating engine within Symfony.

Both of the frameworks provide object-relational mapping - ORM (programming technique for converting data between incompatible type systems using OOP languages) for data access. An ORM enables us to handle database records by representing data as objects, working as a layer of abstraction on top of the database engine used to store an application’s data. Symfony uses Doctrine, while Laravel is using Eloquent. Eloquent facilitates the task of interacting with database tables, providing an object-oriented approach to inserting, updating, and deleting database records, while also providing a streamlined interface for executing complex SQL queries. While Doctrine has some powerful capabilities like Entity Manager and Unit of Work, I’ve found Eloquent much easier to “plug-and-play” and just use straight out of the gate.

Laravel and Symphony are both popular and trustworthy. However, the crucial thing here is to consider what project we want to launch, what features it should have, and what goals we want to achieve. Symfony can be a good choice for long-term, complex projects, but with the magic methods that Laravel provides, long and complicated code can be avoided, you can save your time, money, and, most importantly, the mental health of your developers.

Laravel and CodeIgniter are two distinct frameworks, each optimized for a particular use case, but both of the frameworks are “trendy”. Both of these are outstanding and well-suited for distinct objectives. Usually, CodeIgniter is faster than Laravel and has PHP support for almost all its versions, and its installation is far more simple than Laravel’s. The developers generally choose CodeIgniter for its terrific support offered through the framework's active community which has a swift response to almost all queries.

However, CodeIgniter does not support ORM as Laravel does. Similarly, CodeIgniter needs developers to create and maintain modules via modular extensions, while Laravel is pre-built with modularity features. CodeIgniter also lacks a built-in template engine, which means that the developers should integrate it using a third-party templating engine tool. One of the biggest pet peeves is that in the latest version of CodeIgniter, you do not have sufficient support for HTTPS routes, which means that the developers need to make extra effort in developing the paths and then securing the data transmission. And while Laravel comes with an in-build testing tool – PHPUnit, CodeIgniter does not have any built-in unit testing support, but it needs to employ an additional tool to check the performance of the app. As you can see, both frameworks have pros and cons but I consider that Laravel has a clear advantage over CodeIgniter because it is focused on providing powerful features ready to use.

Now, let’s come back to the question at hand, should you opt for Laravel? Well, the fact remains that all of these frameworks are excellent PHP frameworks with their own set of benefits and advantages. Moreover, while the choice gets influenced by the project you are working on and its requirements, the truth is that I, as well as a myriad of other experts across the globe, am of the opinion that Laravel indeed trumps all other frameworks. With the right Laravel development services and the framework’s many advanced features, there is absolutely no doubt that you can easily create high-quality web applications.

P.S. If you’re looking to learn more about Laravel, its ecosystem, power and capabilities - you can always join Laracasts (made by Jeffrey Way). We at Mad Duck Code offer a Laracasts account to all our developers and we use it extensively for any and all misunderstandings, knowledge gaps or even discussion settlers.

Metaverse in 2022: Events, Achievements, and Projections

There’s no doubt that the Metaverse is coming. We can see its building blocks being put into place with each passing day. The question is not if but when it will be fully realized. When will we see a fully-fledged Metaverse?

This time of the year is almost perfect for running, so we thought why not? Beer in a bar is usually our go-to answer when it comes to spending some time with the crew outside work, but we decided to mix it up a bit this time and hang out outdoors.

During the last year, total NFT sales reached $25 billion, which is over 250 times more than the $94.9 million in 2020. Everyone from Brie Larson and Eric Andre to Ubisoft and MasterCard seems to want a piece of the increasingly valuable pie. However, while the NFT marketplace looks like an easy way for everyone to make money, the old proverb applies: for someone to make money, another has to lose money.