In our previous post, we looked back on 2021. Now is the time to cast our gaze into the future and see what it has in store for us. The biggest announcement is the intended transition to Web3 (or Web 3.0, whichever you prefer). This is a vision of the future where people use the internet via decentralized, kind-of-anonymous platforms. It’s a step away from relying on search engines and social networks.


So, let’s quickly go through the theoretical underpinning of Web 3.0 and take some of its premises at face value. It’s too early to tell for sure what form the “new internet” will take and if the change will be a promised revolution or merely another evolutive step, but we can briefly sum up what we have learned so far. 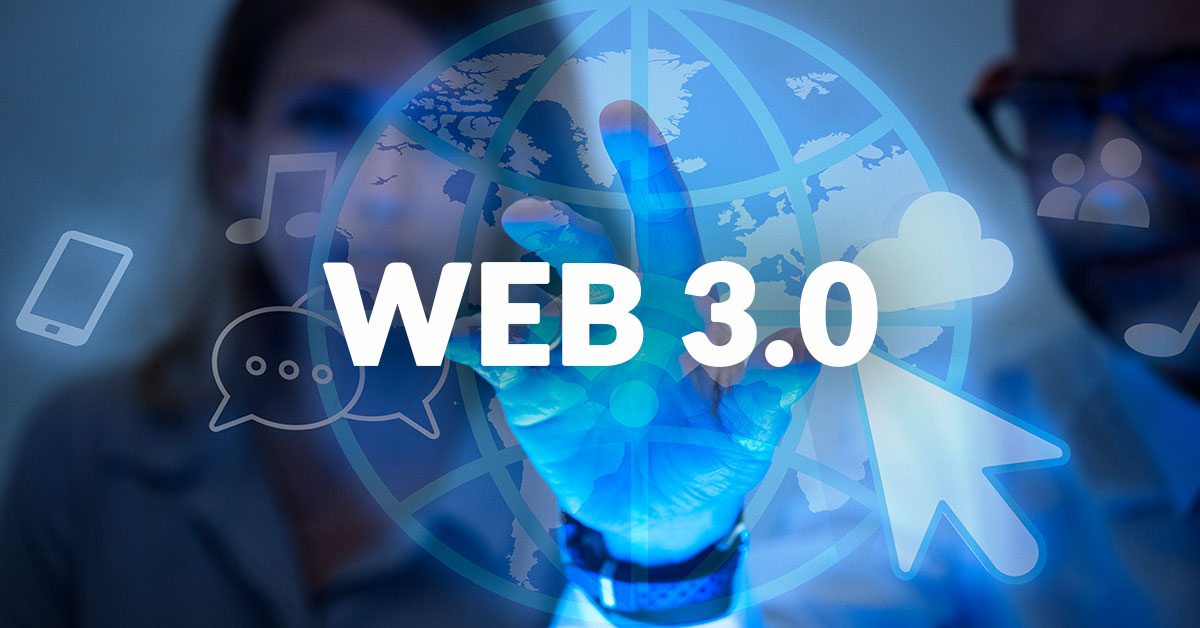 Let’s start with a history lesson. The first iteration of the internet was simple by today’s standards, but it was still very recognizable. In its earliest stages, you either needed to know the exact web address of a website you wanted to visit or had to have a link towards it. It wasn’t until the mid-90s, with the introduction of web browsers and search engines, that it became to resemble the web of today. At that time, the web pages were still static, and there wasn’t even a hint of interactivity we’re now used to.


Web 2.0 is a paradigm shift that occurred 20 years ago. Mobile internet and social networks changed the name of the game. In the latter part of this period, “apps” started dominating the tech landscape and gave way to the modern internet. The focus on social media and large platforms gave a lot of power to a few corporations, and the transition to Web 3.0 aims to correct that.

So, what exactly is Web 3.0? It’s difficult to pin down since it’s not one thing. A lot of people have different ideas about what it should be, and its origin as “semantic web” only muddies the waters.

The semantic web was supposed to make navigating the internet and using electronic devices much easier, as computers would have a way to interpret the context of queries and perform sophisticated tasks for users.

In plain words, Web 3.0 is a concept with a goal in mind; an umbrella term that covers a variety of ideas with the same (or similar enough) goal. That goal is decentralization and “democratization” of the internet. The move to Web 3.0 is supposed to be a shift away from the tech giants like Google, Microsoft, Twitter, Amazon, and Facebook.

It is a leap forward to open, trustless and permissionless networks.


The bottom-up design and decentralization, combined with AI and machine learning are supposed to help computers cooperate better and integrate as many devices as possible into a ubiquitous Internet of Things.

It’s difficult to talk about specific technologies that are supposed to power Web 3.0, as it’s still a somewhat vague and (appropriately enough) decentralized concept. Still, there are some technologies that keep popping up in discussions about the next iteration of the internet.

Blockchain - with the growing popularity of blockchain (be it as cryptocurrency or NFTs) as the decentralizing technology, it was inevitable it would become one of the prime contenders to build the backbone of Web 3.0. Distributed ledger bookkeeping and processing could eliminate the need for centralized servers and platforms. It would become possible to develop a “community-hosted” social network (or any type of website) and not rely on any central authority for certification.


AI and Machine Learning - the strides made in AI and machine learning fields are allowing computers to understand information like humans and mimic human behavior. This will allow computers to deliver faster and more relevant results in a variety of areas — much more than advertising, content, and simple virtual assistants.


Interactive 3D Technology - VR technology is finally reaching the affordability threshold, and with the increasing power of smartphones, augmented reality (AR) and mixed reality (XR) have been here for a while. Virtual tours, virtual meeting spaces, virtual conferences are all moves towards a more spatial design of the web, where the physical world is blended with the interactivity and accessibility of the internet.

Web 3.0, whatever form it takes, will have a massive impact on a variety of industries — IT and finances being major ones. With blockchain and cryptocurrency being one of the proposed building blocks of Web 3.0, the impact on financial institutions is undeniable. The expected decentralized finance (DeFi) is expected to be available to anyone with an internet connection and isn’t tied to centralized finance (CeFi) institutions. When it comes to the IT sector, Web 3.0 will bring both challenges and opportunities. Since most technologies underpinning the next internet aren’t even fully mature yet, developers can expect a shifting landscape of skill requirements and a diverse variety of new projects. Focusing on AI, UI/UX, and blockchain is a fairly safe bet, but adaptability and broad skillsets are going to be valued even more than before.


The way we interact with the internet may change depending on how VR technology matures. A persistent online interactive virtual environment has been a high-tech dream for decades, and the closest we got were various MMO games — the technology just wasn’t there yet.


While Second Life and its virtual online world of avatars didn’t live that long, Meta (formerly known as Facebook Inc. ) might have enough resources, staying power, and cultural cachet to actually make it stick this time. Its beta for the shared workspace “Horizon Workrooms” is already in progress, and it promises to breathe a new life into the concept. It’s an interactive virtual environment where people can meet, work, design, and brainstorm in truly innovative ways without being constrained by distance or even laws of physics.

Can we expect fully simulated lives? Not for a long while yet, but we are making long strides in that direction, and the abovementioned virtual conferences and tours are already possible.

While some big players are getting into the game, it’s too early to tell if Web 3.0 will become a thing, when, or which exact version of it we’ll end up with. For now, it’s just a collection of vague ideas with a similar overarching goal, but there’s no consensus on what it will look like.

Now, while decentralization and increased privacy may sound like good things, they also make the new web more difficult to regulate. Cybercrime, hate speech, harassment are difficult to combat now. And what will happen when cybercriminals become even more anonymous.

There’s also valid criticism directed towards the proponents of Web 3.0, which underlines that they’re merely taking advantage of the cryptocurrency bubble. NFTs have been criticized practically since they first appeared and are looking more and more like a get-rich scheme.

At the moment, Web 3.0 looks more like a buzzword than a coherent roadmap to a better version of the internet. Things may, of course, change, and the rapid technological advancement has been known to throw a curveball or two over the previous decades.

So, will this internet be better? Faster? Shinier? Can it work? Will it work? And when? We’ll keep monitoring the situation and keep you updated on any new developments.

7 Soft Skills Every Software Developer Should Have

Your tech skills are admirable, however, soft ones may need more fine-tuning. But where to start and what to work on? And of course, it has to be a crash course since there are already too many things to learn technology-wise. So let’s start easy.